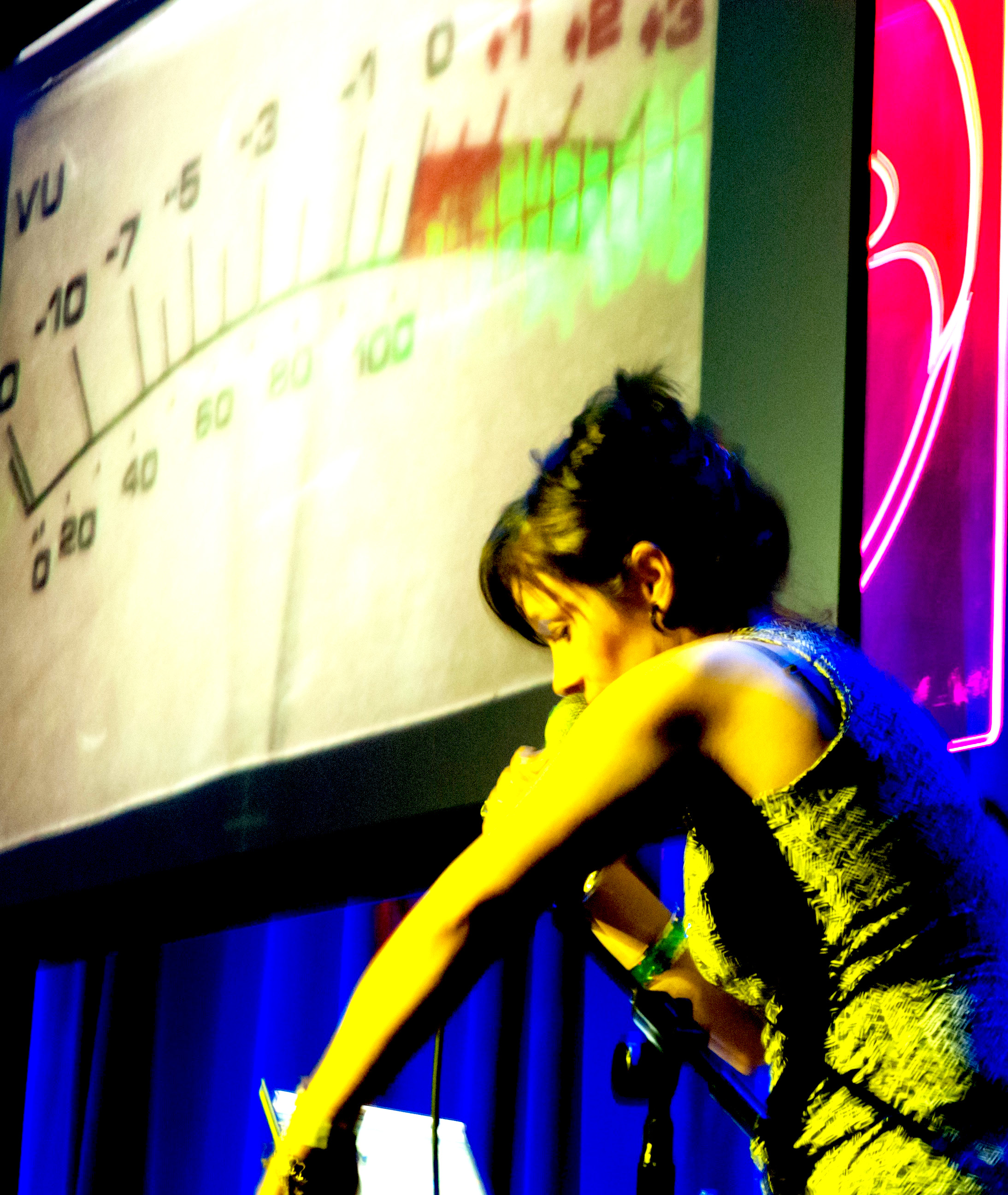 Described as a “sonic enchantress” (BBC Radio 3) Caro C is a composer, producer and performer of her own brand of electronica ranging from piano based wayward songs to raunchy beats with heavy basslines. She has released three albums, provided music/sound for film, theatre, sculpture, dance and has performed live across Europe.

This “one-woman electronic avalanche” (BBC Introducing) only started making music in 1997 thanks to being laid up with back trouble and has now played in most of Manchester’s major cultural hotspots including Manchester Art Gallery, Museum of Science and Industry, Bridgewater Hall and Band on the Wall. Caro is also the instigator and project manager of Delia Derbyshire Day, an electronic music charity which champions female artists both past, present and future.